In this article published in the Globe and Mail, CEO Christine Smith-Martin highlights CFN’s groundbreaking collaborative work to bring coastal stewardship into the 21st century.

If you’re someone who cares about our oceans, and not just on World Oceans Day, you know there is a lot to be concerned about. That is a good reason to draw attention to the many good people working hard to make things better. I want to share with you some of the good work being done in our corner of the world.

Coastal First Nations have some experience in this regard – our people have been living and thriving here on the West Coast of what is now Canada for more than 10,000 years before the pyramids were built in Egypt. Our communities have been here since time immemorial. And as Coastal First Nations, it is our sacred responsibility to ensure coastal resources are managed for the long term. We do this work on behalf of our communities and on behalf of everyone who calls this place home.

We are making progress, but not nearly fast enough. Year after year, our communities witness the decline of the coastal resources we depend on for our food security, community health and cultural survival. But there are hopeful signs that the old way of doing things in Canada – extracting natural resources until they’re exhausted – is changing, along with the government and industry mindset that has facilitated it.

We are pursuing new economic development pathways for our communities, including funding research into the potential for blue carbon offsets, supporting local businesses and working with partners to connect our communities to broadband internet and open up new worlds of opportunities.

We have created good local jobs and world-leading marine management capacity through our networks of stewardship offices and Guardian Watchmen programs. Our teams of Guardians, known as the “eyes and ears of the land and sea,” are often the only ones on the water, trained to carry out scientific and compliance monitoring, anti-poaching patrols, marine rescue and emergency response.

The coast is safer and better managed because of their work, and the B.C. government is now recognizing this by
designating Guardians with park ranger authority under the Park Act. 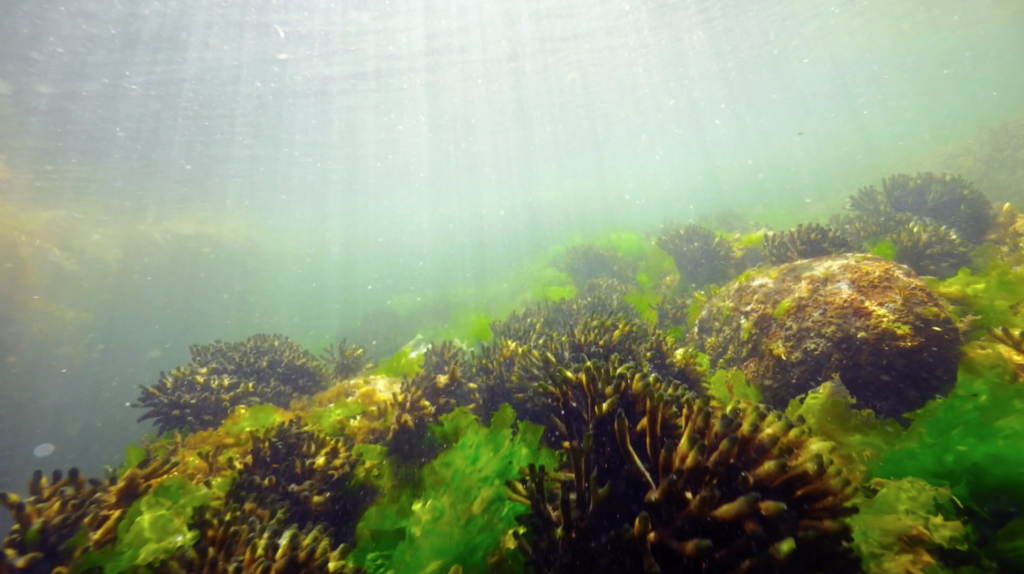 What if we could do it differently?

On this Oceans Day, the big idea we want to share with you is this: What if we could rebuild the natural abundance of the coast? What if we could reclaim the livelihoods of the families and communities, both Indigenous and non-Indigenous, who depend on coastal resources and a thriving marine environment? What if we invested in restoring balance? What if we could collaborate together to breathe life into reconciliation in a meaningful way, for the well-being of all people who share this coast?

The current model for managing the coastal economy is broken and hasn’t served coastal communities well. Our coast is one of the richest natural environments in one of the richest countries in the world. But too many coastal families are still struggling to make ends meet. What if we could do it differently?

Right now, Coastal First Nations, along with our neighbours and economic stakeholders, are working with our federal and provincial partners to bring coastal stewardship into the 21stcentury.

We are building a new marine protected area (MPA) network to reverse the declines and restore the health of our marine environment and its people. By placing conservation at its core, the MPA network will help create a new foundation for our marine environment and for all the communities who call this place home. Because this isn’t just about fixing something that’s broken – the science is clear that well-managed MPAs act as nurseries and safe havens that seed new populations of fish stocks. MPAs enrich the diversity and abundance of life in the surrounding waters, and an ambitious network of MPAs creates cumulative benefits that are greater than the sum of its parts.

By marrying Indigenous, federal and provincial law, and deep local knowledge with cutting-edge marine science, we will establish a new and better approach to managing the marine environment and marine resources. There is still work to be done – a dwindling few in government and industry are stuck in old approaches to managing coastal resources. But Prime Minister Justin Trudeau has made a personal commitment to work with us to establish the MPA network, and our communities have taken note.

We are committed to working with all stakeholders to create an MPA network that maximizes conservation benefits and minimizes economic disruption – goodness knows we could all use less economic disruption at the moment. But it’s clear to everyone at the table that the status quo is unsustainable. If we’re going to avoid the fate of the East Coast, and ensure the survival of critical marine species and food resources such as salmon, herring and eulachon, then we need to do things better. There is no time to waste.

For our communities, science-based conservation of coastal resources is an issue of basic food security and cultural survival. So as Coastal First Nations, we are unified and prepared to do what it takes to ensure the implementation of a high-ambition MPA network.

In the coming year, we look forward to standing alongside our federal and provincial partners and showcasing to the world what a comprehensive, 21st-century coastal conservation and management plan looks like.