A new study published in Ecology and Society in December asked community members about climate impacts they’ve seen on marine food resources and how those changes will impact their way of life.

Jennifer Walkus, Wuikinuxv Tribal Councillor and co-author, says putting Indigenous rights into practice is key to pushing for climate action. Trying to get traditional and local ecological knowledge recognized by government has been a long fight for her community.

“One of our biggest problems is we’ve been having these discussions on climate impacts for years, but they’ve never been big on government radar. We first started to push on eulachon in the ‘70s when they started to decline,” Walkus says. “We noticed that the less snow we got, the less eulachon we got.”

“Eulachon are largely a glacial-driven species. They like the cold and we were ending up with less and less glacial water. The elders used to say that when we had winter snow, we’d have a good eulachon year,” she explains. “But when we took it to government, we were told we only have anecdotal evidence and we needed the data to back it up.”

Dwindling Eulachon runs brought an end to a once bountiful marine harvest in Wuikinuxv. This type of drastic climate impact on traditional food security was a shared concern of study participants. They reported earlier berry harvests and rapid glacial melt, warmer and drier summers, and more intense winter storms.

On the outer coast communities, members of Waglisla (Bella Bella) and Klemtu said they must travel further north
to access fish than in previous decades. Across the Central Coast, members were frustrated by the decline of salmon and other cultural resources. As access to traditional food species changes, members worried about the ability of elders to pass on traditional knowledge.

It will also mean thinking about climate change indicators in new ways. “We know that marine species are shifting north as the ocean warms,” Whitney says, “so what will this mean for fishers who may not be able to travel that distance to fish?”

That could mean introducing harvesting practices for new species migrating into the territories. Participants also suggested a return to traditional practices. “We‘re in the middle of a climate crisis and a global pandemic, everything is changing. In order to be successful, we have to be able to adapt,” says Walkus. “A part of that is trade – it’s such a huge part of the culture.”

“That idea of reciprocity is so much a part of the potlatch culture. You give away what you have when you have lots. This is something we’re going to need to rely on a lot more in the future.”

The study offers a horizon scan of Indigenous perspectives on climate change impacts and strategies for adaptation, says Whitney. “Taking those ideas forward and applying them on the ground is, I think, a really exciting opportunity.”

As a member of the last generation to witness the large eulachon runs of the ‘70s, Walkus agrees. “We need to put
the management regimes in place so we can manage our territory according to what Mother Nature is going to do. The sooner we do something, the more that life in the future will look like something I recognize.” 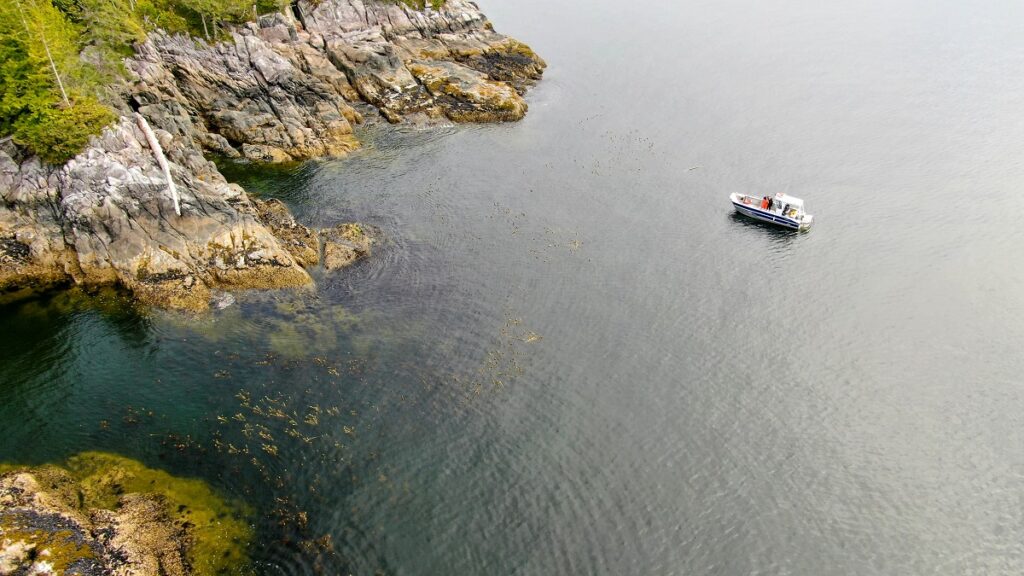