DFO describes the European green crab (Carcinus maenas) as “one of the world’s 10 least wanted species.” Green crabs have spread from northern Europe across the world by travelling in ships, including ballast water, ocean currents and fishing gear in their larval form. They are voracious predators that out-compete native crab species for prey. Green crabs can destroy beds of bivalve shellfish, destroy critical habitat for wild salmon, manila clams, and Dungeness crabs.

The Heiltsuk Nation has been working to eradicate green crabs in their territory for more than a decade. In 2017, a network of Guardians from other Nations joined the Heiltsuk in their efforts. The Guardians use traps designed to reduce bycatch, travelling to sites several times weekly and freezing any green crabs they find.

On the Central Coast, green crab has been found at 4 of 25 continuously sampled sites – the data suggest the crabs are spreading slower than expected, perhaps due to the long-term and relentless efforts of the Heiltsuk Guardians, who destroy thousands of green crabs annually. The Guardians are now monitoring indicators at a greater scale than any provincial or federal agency, and the data collected is changing the way biodiversity is protected and species are managed. 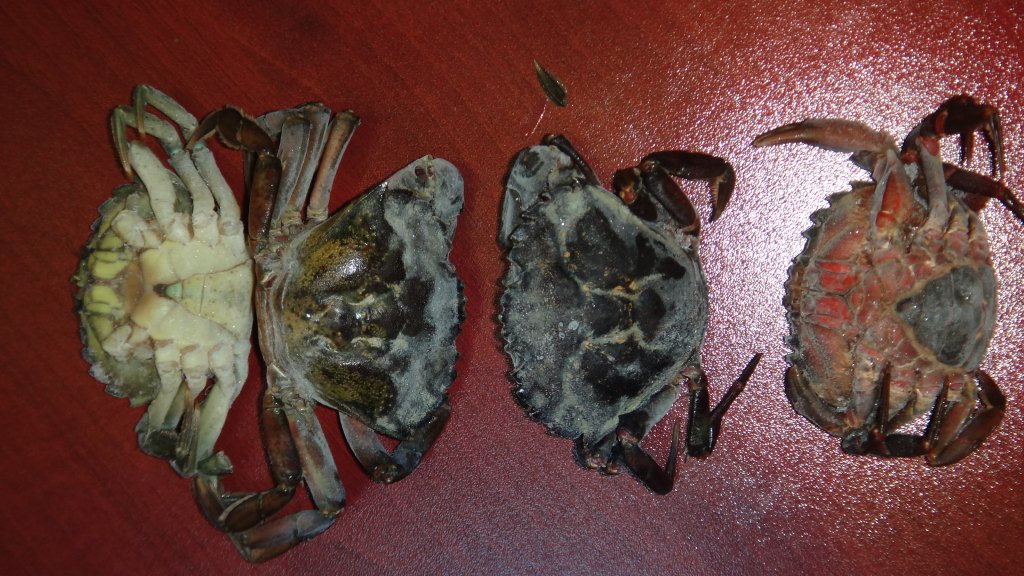 For invasive species that travel between territories, the network effort is crucial. Green crab has now been found on Haida Gwaii, and data collected by Guardians across the network may help the Haida anticipate and combat the spread as they are in the early stages. The data have even reached Alaska, where the Department of Fish and Game took notice and collaborated with Metlakatla to monitor the invasive species as it spreads north.

Green crab monitoring is just one part of a larger effort Guardians are leading with monitoring ecosystem-based management indicators under the Marine Plan Partnership (MaPP) with BC. The partnership funds two Guardian positions with four Nations. Guardians in these positions benefit the general public by informing the adaptive management of MaPP to result in better ecological and economic outcomes for the coast.

Guardians need to be more fairly compensated for this work, and with savings in wages and human resources of approximately $197,645 compared to provincial staff, there is surely an opportunity to do so.