About a decade ago, a humpback whale entangled in fishing gear was crying out in distress in Gitga’at territory. The Gitga’at Guardians immediately responded and joined whale researchers including Janie Wray, CEO of the North Coast Cetacean Society (BC Whales), a non-profit whale-research organization that protects cetaceans along BC’s North Coast.

They worked together throughout the night monitoring the whale until losing sight of it in the darkness at 3am. After briefly returning to shore until sunrise, the Guardians went back out on the water to keep searching. Eventually DFO’s Marine Mammal Coordinator, who is the only person certified by DFO to disentangle whales in BC, joined the Guardians and the whale was found and freed.

Again in 2015, Gitga’at Guardians responded to a whale in distress. An orca had beached herself and was exposed to the sun on a hot July day. Guardians and whale researchers used water pumps and other materials they found on their boats to keep the whale cool and moist. Finally, after nine hours, the tide rose enough for the whale to swim away and reunite with her family. 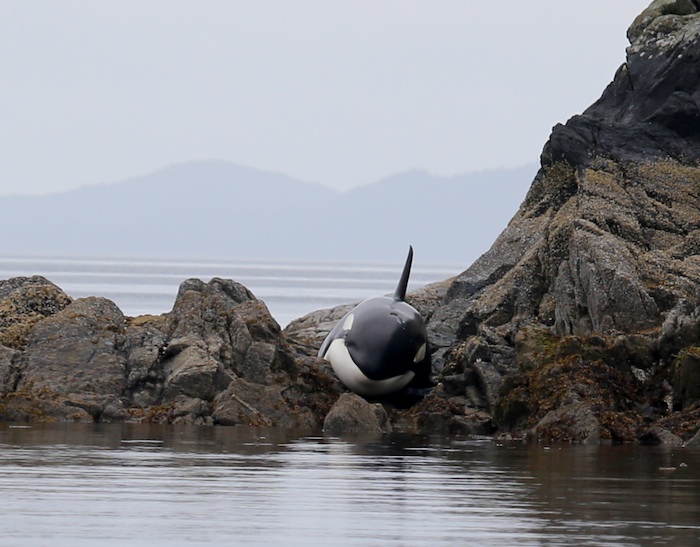 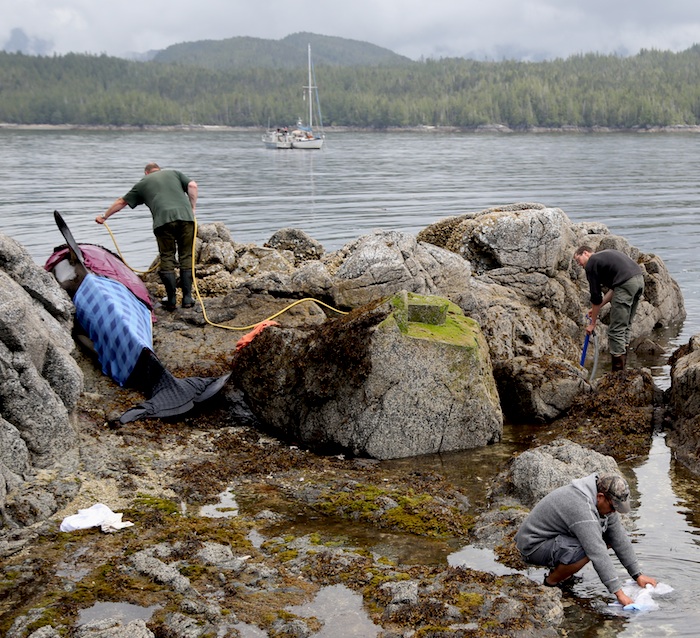 Guardians work to rescue a stranded orca in Gitaga’at Territory. Photos: BC Whales.