Staast David Elliot Vanderhoop took off early one morning with a plate of food as an offering. He was headed to “the cradle of Creation,” he says, with a prayer in his heart. He went to pray about the ideas he had for an independent business on his home of Haida Gwaii, making offerings for the manifestation of good luck.

“E-bikes just popped into my head,” David says. “It was an amazing idea… and I pursued it.”

Today, David is the proud owner and operator of “Haida Tide,” an independent e-bike rental and cultural tour experience on the north end of Haida Gwaii. He rents out six e-bikes to visitors who wish to visit Rose Spit, or just “the Spit,” a culturally and ecologically significant part of Haida Gwaii where it’s said the veil between the physical and non-physical world is very thin.

It was important for David to start an eco-friendly sustainable business that offered visitors the opportunity to learn about the cultural significance and history of the place, as well as to engage in an opportunity that both energizes and inspires them.

David says he has always taken jobs where he could be a “steward of the land.”

“With Haida Tide, I believe I’m doing the same thing,” he says “In this position, talking to people, making sure people do the right thing, presenting the cultural knowledge as knowledge not entertainment, it’s a gift I give them so their experience can be better.

David operates his business out of Hiellen Longhouse Village, which roughly translates to “people’s village,” he says. Owned and operated by the Old Massett Village Council, the village is nestled within Naikoon Park on Northern Haida Gwaii. Tourists can get to the village by taking Towhill Road East for about 40 minutes from Masset. He rents out his bikes to people to cruise down North Beach while the tide is out, a place where his and other Haida families have always been present.

“My clan, Gawa Git’ans, Eagles of Masset Inlet, came here and gathered food. It’s a spot my clan has come for generations and has taken care of the land,” he says. “My naani used to work in the clam canneries here. She would collect razor clams. It has this direct history through my family.”

“Once you get out here, you got a different energy,” David says. “We’re right beside the beach. It’s an amazing place.” 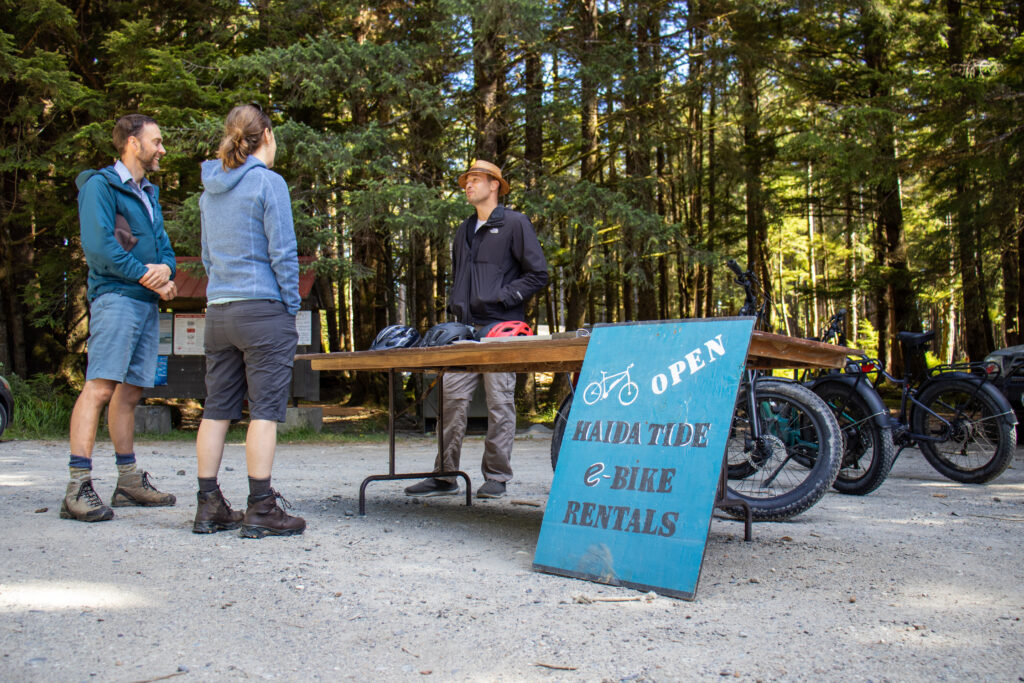 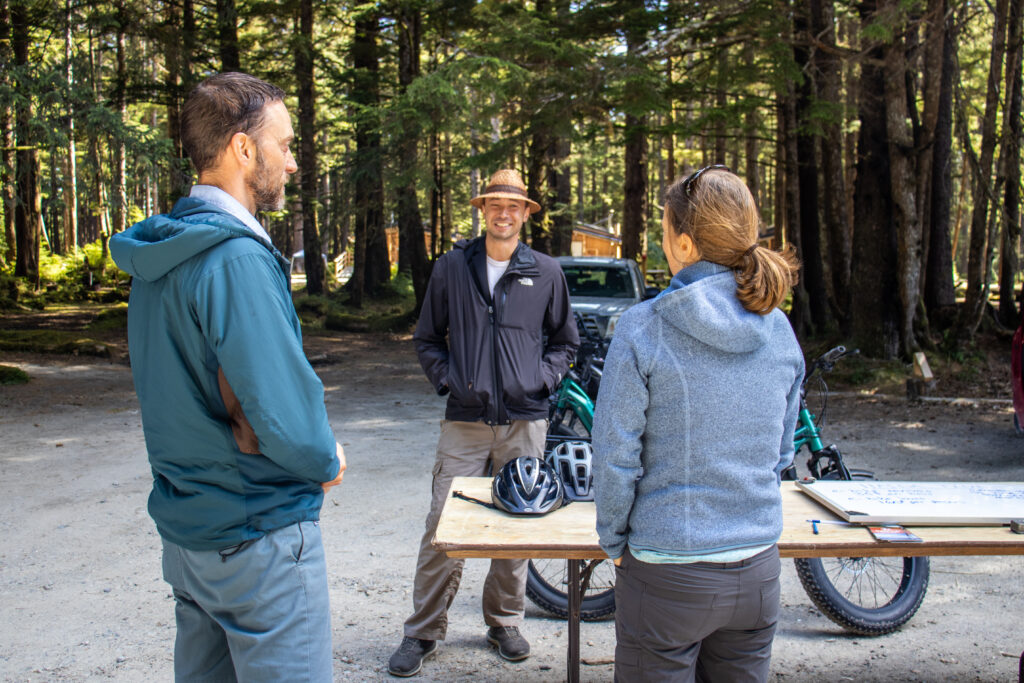 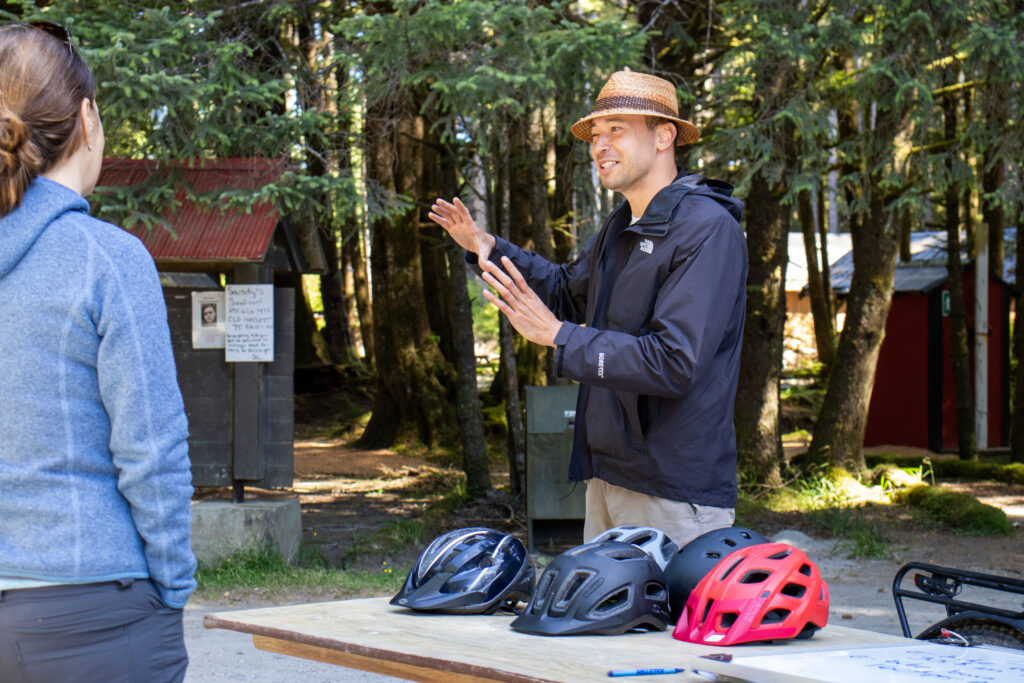 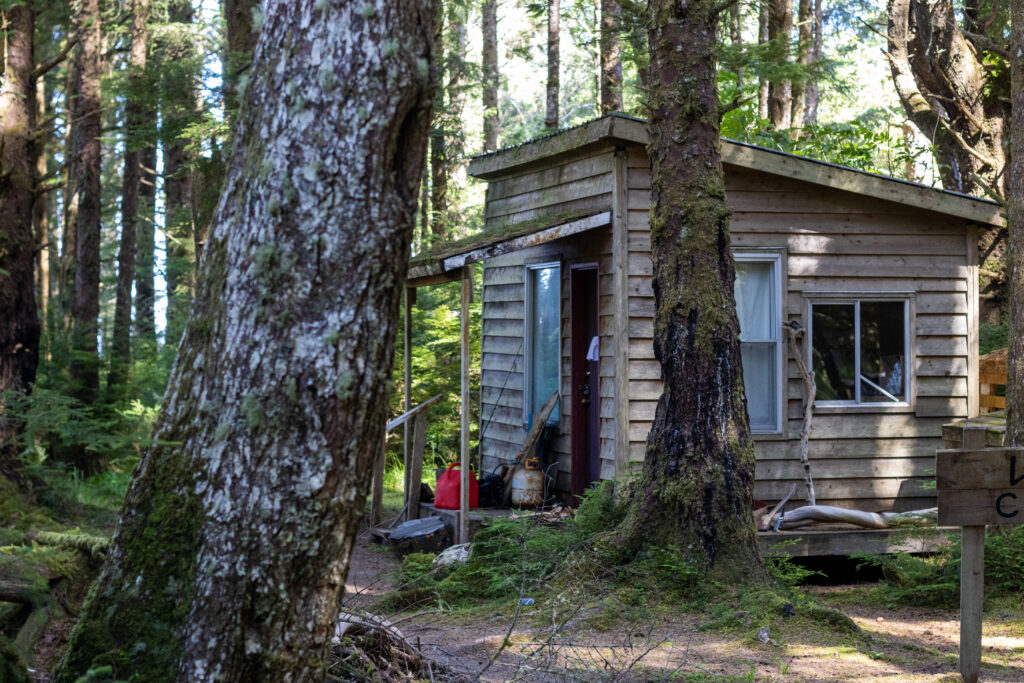 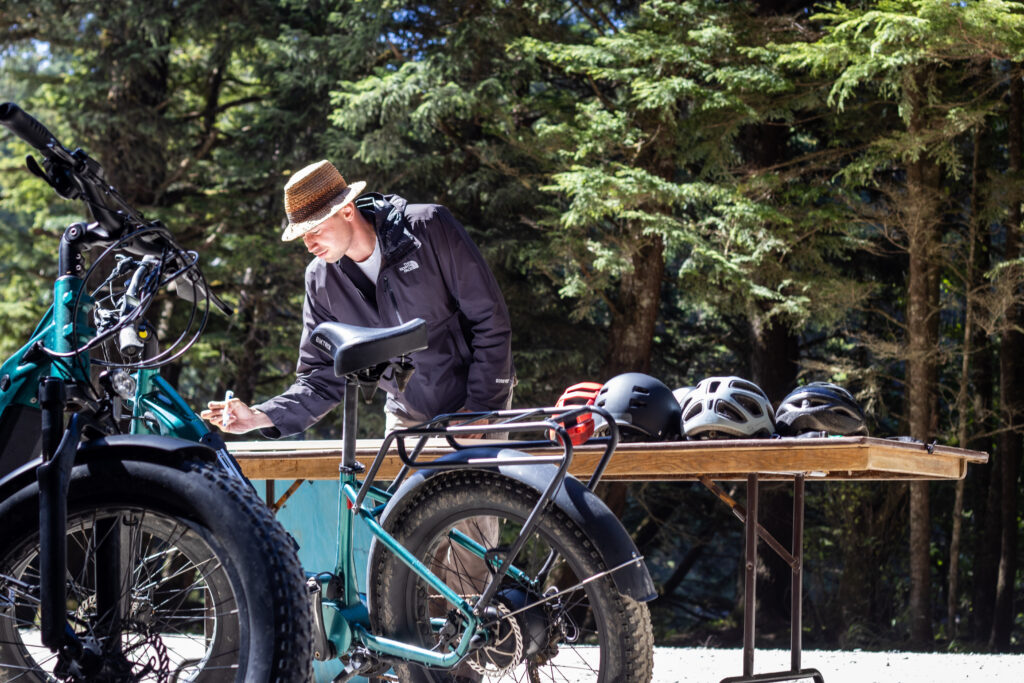 ‘This area is filled with supernatural beings’

E-bikes piqued David’s interest because they are eco-friendly and non-intrusive to the environment.

“It was something that wasn’t going to make a lot of noise and that wasn’t going to deteriorate the environment,” he says. “Eventually, I want to be all the way eco-friendly like, have solar panels, a place where I can charge my bikes, just off the grid on my own power.”

In 2019, David took a course, “Haida Owned and Operated,” where he says he received a lot of support and encouragement. While he didn’t make the cut for any COVID-relief funding for small businesses, David says he was able to secure six e-bikes, which was the start that let him launch Haida Tide.

One of the most critical elements of his business is the opportunity to teach visitors about the cultural significance of the area, and to encourage them to experience the supernatural beauty and energy of the place, he says.

“This area is filled with supernatural beings. People have told me they feel like they’re in a dream when they’re out there,” David says. “The supernatural beings sought to be in this area. They used to love to see how much amazement, how much beauty we see in them. When you do see the beauty and you acknowledge how amazing the area is, it is well received.”

David loves to see and hear about how people feel and what they learn through the cultural tours of their own cruises down to the Spit. People begin to understand through their own experiences, he says. “It’s not a forceful way of saying ‘respect this area,’ you know… it’s instilling a sense of appreciation and responsibility to the land that they can bring home… I feel good at the end of the day.”

And so do his visitors. It’s been proven, he adds, that immersing oneself in nature is good all around, physically, emotionally, mentally. He loves seeing people come back energized from “all the negative ions where two of the most powerful tides meet at one point.”

Haida Tide e-bike rentals are $35/hour. It takes one hour to get to Rose Spit and an hour back and David recommends adding an hour to relax and enjoy. His cultural tours are $160, which takes three hours.

While it has been an immense amount of work, David says he’s thrilled to have been able to successfully operate his first season of Haida Tide. He looks forward to welcoming more visitors next summer, to continue to share a unique cultural experience during their time in Haida Gwaii.

“As my business grows, I want my community to grow along with me. This is a way for me to provide for the people around me… I’m so grateful for today, for the present moment, and for the future,” he says.