On February 27-28, a large delegation of Heiltsuk women traveled North to Masset to meet with Haida women, as a part of the Women’s Dialogue Session on Haida Gwaii.

At the time, Chief Administrative Officer of the Skidegate Band Council, Barbara Stevens, whispered to a friend that she wanted to have their own dialogue session for women on Haida Gwaii. Chief Councillor of the Heiltsuk Nation, Marilyn Slett, overheard and said she would love to participate.

These strong Indigenous leaders kept their promise and through the support of the Old Masset Village Council, the Council of the Haida Nation, the Skidegate Band Council and the Heiltsuk Tribal Council, they raised funds to bring Heiltsuk leadership, elders, youth and family to Haida Gwaii for two inspiring days that participants would not soon forget.

There is a special relationship between the Heiltsuk and Haida Nations. Oral history documents a relationship of war, raid, intermarriage and trade. In 2014/2015, the Nations signed a Treaty of Peace, Respect and Responsibility and hosted one another in their home territories, to feast, witness and celebrate the historic event.

During the two-day session, Heiltsuk and Haida women organized panel discussions on cultural well-being, traditional knowledge, language revitalization and ongoing community-based projects. There were opportunities to share one-on-one and in both small and large groups.

The group of around 100 women identified issues they thought were the most pressing in their communities, made space to hear one another and collectively offered solutions and ways forward. There were tears shared as well as howling laughter. The group played games, drew prizes and took turns visiting women hired to offer healing services.

At night, the women came together for dinner, but called off cultural celebrations to honour a recent death of an elder in the Heiltsuk community. On the final night, Candace Weir-White invited the Heiltsuk women to her longhouse, to feast, dance, sing and share.

Reflecting on the spirit of the two powerful days, Chief Councillor Marilyn Slett said this was one way that the women of the two coastal Nations were implementing promises made in the peace treaty. They had strengthened relationships, organized and were already living out their collective calls to action.

There was no doubt in anyone’s mind that Heiltsuk and Haida women, and all Indigenous women, are indeed rising. 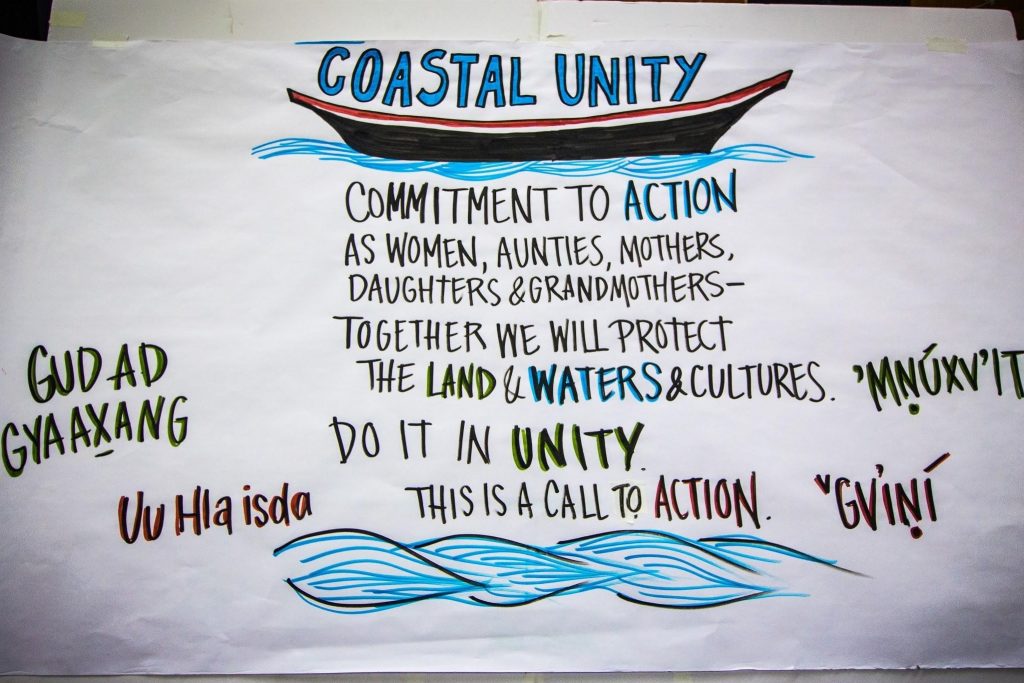