The results of a survey of almost 600 Indigenous businesses, released June 12, reveal  Indigenous arts and heritage, and recreation and outdoor activities, are the most vulnerable sectors. An estimated 21,400 jobs have been lost and 714 Indigenous tourism businesses may never re-open.

Ontario, British Columbia and the North are reported to be the most affected. 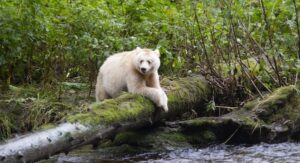 Federal and provincial government recovery funds, in the form of small grants and loans, are not keeping pace with the demands of one of the economy’s hardest hit sectors. On June 11, the federal government announced a further $16 million in stimulus grants to be administered by the Indigenous Tourism Association of Canada (ITAC) in the form of $25,000 non-repayable grants to businesses of all sizes. ITAC Development Coordinator Genevieve Huneault says the funds will be enough to cover 600 applications already received in April, although a second intake may be considered.

Lucy Martin, an Indigenous Tourism Specialist with Northern BC Tourism and Indigenous Tourism BC (ITBC), says ITBC has received a further $500,000 in funding from Western Economic Diversification with guidelines to be announced by the end of June. A first round of $300,000 was handed out in the form of emergency relief grants of $5,000.

April Moi, Industry Development Specialist with Northern BC Tourism,  says regional tourism associations are meeting weekly with the Province to advocate for business owners. “We’re hearing that businesses are hesitant to go further in debt. That’s what we continue to hear,” she confirms.

Moi is encouraging Indigenous operators to register with the agency’s tourism resiliency program. She says participating businesses will be provided with a program advisor, business consultation, and development of a support plan to identify available funds and programs.

“We’re trying to ensure that businesses can survive this and are going to be on the ground and viable when the doors open up again,” she says

Despite the fatigue they may be feeling, Moi urges Indigenous business owners to participate in tourism impact surveys to give feedback on their situation. “We’re here to support business. But it’s really important for businesses to continue to voice their concerns because that’s how we can document and report their concerns to government.”

Indigenous tourism has been hit harder than other tourism sectors, reported Adam Fiser, who led the study for The Conference Board. In an ITAC webinar releasing the results June 12, Fiser said the recovery timeframe for First Nations needed to be understood.

Many Indigenous businesses operate in communities with deep concerns about protecting their people from COVID-19, he acknowledged. A recovery plan for Indigenous tourism needs to have “a tailored, flexible, adaptive approach” to address these concerns.