One of Christine Smith-Martin’s earliest memories is attending her father’s council meetings in the small community of Lax-Kw’alaams, sitting quietly in the corner and colouring while leaders discussed and debated.

“He would tell people, ‘It may seem like she’s not listening, but she’s listening,’” Christine recalls. “That’s how he trained me and provided that leadership; he always gave me those opportunities to sit and listen.”

It hasn’t always been easy but becoming a leader has been a natural progression for Christine and part of her training since she was a small child. She grew up with exceptional role models: her maternal grandmother, Thow-Hagweth (Lavina White) was the first female president of the Council of the Haida Nation and her father, Don Smith, was an educator and the band manager of Lax-Kw’alaams.

“My grandmother was way beyond her years, she was amazing,” Christine shared. “All of the battles that happened, she would drop everything and go. I had amazing mentors growing up that showed me what leadership really was.”

Christine grew up mostly in Lax-Kw’alaams, but she was always in touch with her Haida roots, and both communities had a strong influence in shaping her values and her path in life. Her traditional name, Xaad Xyella, means Haida Dancer and was given to her by her Naani (grandmother in Haida). “Lax-Kw’alaams was a very close community. We always had activities, we were never bored,” she remembers. “If you were stepping out of turn people would bring you home to your parents; it was that kind of place.”

Christine’s mother Pinky Smith frequently took her home to visit Haida Gwaii to ensure that she was surrounded by her Haida culture and family, strengthening her bonds to her maternal homeland and traditions. “Culturally I was so very blessed to have both of those communities,” she said. “To me, education is really important, but the culture is even more important because it shapes who you are.

“My parents always taught me never to look down on any of your people. You never walk by without saying hello; you don’t know that person’s story,” she says. “That teaching is really important, and it’s something I bring to all of the work I do.”

Christine’s parents worked tirelessly to support their family, passing on deep lessons about leadership, family, and tradition that she carries with her to this day. And they were protective, sheltering her from the direct effects of residential schools that plagued her community, such as trauma, alcoholism, and abuse. However, in 2009 at the age of 14, her adopted daughter took her own life. The pain, which she describes as excruciating, compelled her to look deeply at the suffering and trauma her community has endured for generations.

Deep in grief, Christine and one of her employees, the Indigenous artist and playwright Jennifer Brousseau, worked on a play based on her daughter life. She became heavily involved with promoting Brousseau’s play about suicide, entitled Beneath the Surface, which she credits with helping her navigate the most difficult period in her life. “This was such a tragedy, but I wanted to make sure my daughter’s life and her story was not in vain,” Christine said. “I know this play has saved lives.”

Moving through this painful time gave Christine a deeper understanding of the profound consequences of residential school and impelled her to begin talking to others about those experiences, something that hadn’t fully happened in her life before.

“We didn’t have full discussions about residential schools when I was younger, the elders didn’t think it was good to talk about it. My daughter thought something was wrong with her; she didn’t realize the effects of this trauma were coming back and directly affecting her,” she said. “Since the discovery in Kamloops the conversation about residential schools is even more in the open, and that’s a good thing.”

After completing her studies in Criminology, Christine began working with the Vancouver Aboriginal Transformative Justice Services Society (VATJSS) in 1999 and stayed with the organization for 20 years.

As CEO, Christine was at the helm of delivering new and innovate programs and expanding the organization’s reach into the community. Together with her colleagues, she helped to design and develop another organization called the Metro Vancouver Aboriginal Executive Council (MVAEC), which united over two dozen aboriginal organizations working in the city and provided a platform for supporting likeminded programming and services.

“The Metro Vancouver Aboriginal Executive Council basically brings together all the executive directors in the city and coordinating our services so it’s a wraparound service for our community,” she explained. “People were used to working in their silos and competing with each other, so getting all of these executive directors together as a collective voice was amazing.”

She was still working in Vancouver when, in 2016, Malaysian-based LNG giant Petronas announced its intention to build the Pacific Northwest LNG project, a liquified natural gas plant on Lelu Island, smack in the middle of her traditional territory and the home of precious juvenile salmon habitat that feeds 44 Indigenous communities in the region. “Lelu Island was a real catalyst for me in terms of community organization and conservation,” Christine explained. “Salmon are so important to us as Indigenous people, and we are constantly pushed aside in favour of development. We had to take a stand.”

Christine eventually left her position at the Vancouver Aboriginal Transformative Justice Services Society to be present in her homelands, working for the Skeena Wild Conservation Trust to bring bringing together multiple nations and other stakeholders to wage a battle against Petronas and the then-Liberal provincial government that supported the project.

Her hard work paid off. In 2017 Petronas announced the cancellation of the project and in 2019, after a two-day Salmon Summit she helped to coordinate, the Lelu Island Declaration was signed into law by an unprecedented coalition of First Nations leaders, local residents and federal and provincial politicians, permanently protecting the area from any further development.

Being the mother of five children and having re-settled near her home community after 24 years of living in the city, Christine was apprehensive to move again. However, the position of CEO with Coastal First Nations was calling her name.

Haida leader Guujaaw, who had always taken the time to mentor her both in leadership and politics, really encouraged her to take the position, along with another close friend and mentors that she worked along side with. “It was simply too good to pass up,” she said. Now six months into the position, Christine is determined, optimistic and committed to serving the nine distinct communities that make up Coastal First Nations, despite the challenges she knows she will face.

“These are government to government relationships and negotiations, and CFN is here to work for the communities we serve,” she explained. “One major challenge is that our funding is still piecemeal and yet our workload is always increasing; it’s important for our organization to be properly supported to continue to do the work our communities expect of us.”

A big part of her new role is to connect with CFN’s member communities and support them as they pursue their collective and individual goals, drawing on their shared cultural strengths and fierce commitment to the conservation and protection of their territories.

“I’m fortunate to have a deep understanding of this unique place and its people,” Christine shared. “These cultural beliefs seep into my work and help me to speak on behalf of our CFN communities. We are here to be of service to them, and it’s important that they hear that message.” 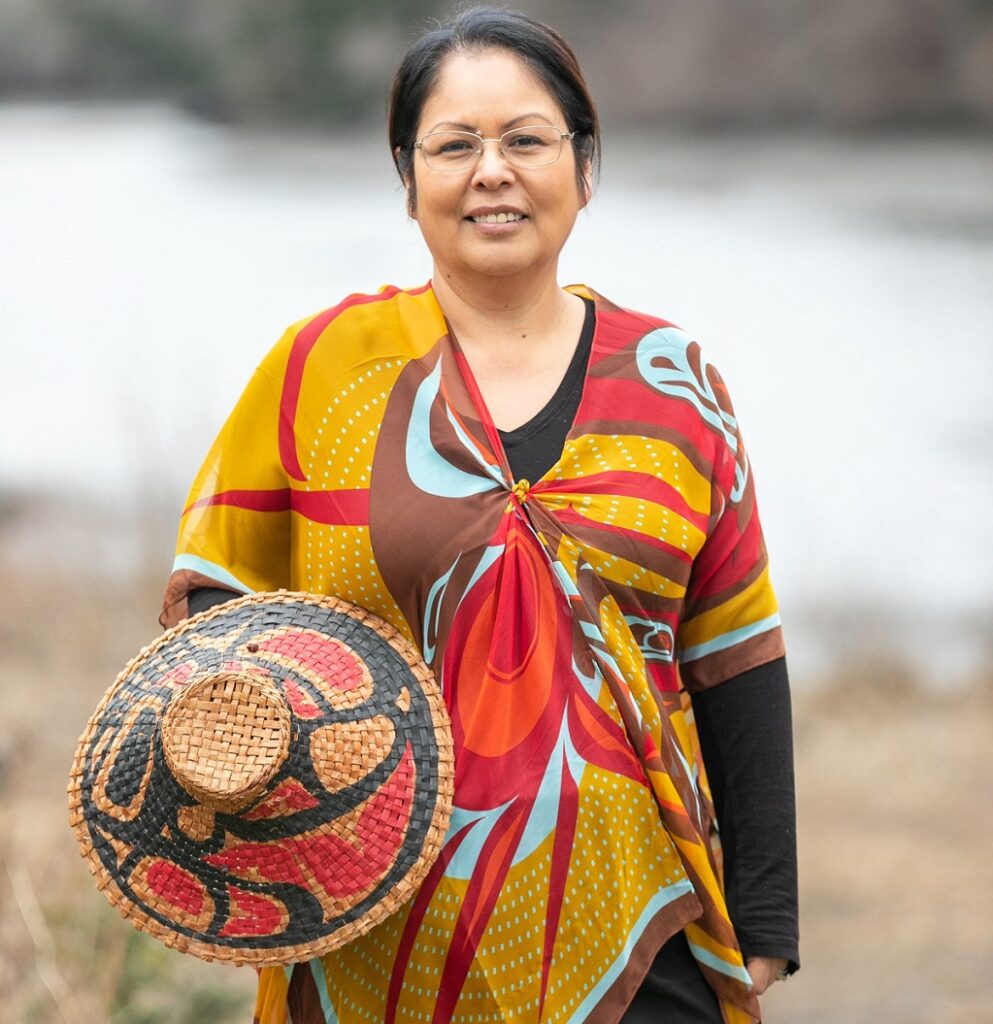