Coastal First Nations have lived with their bear neighbours, including grizzlies and Spirit Bears, for thousands of years. Today, these ancient stewardship traditions are carried forward with the integrated bear stewardship by Coastal Guardians and their Nations.

When provincial laws and management were failing public values and compromising ecosystem health with the senseless trophy hunting of bears, Nations pushed back by enforcing Indigenous laws.

The provincial government was permitting trophy hunting of grizzly bears, even though the majority of British Columbians were not supportive: of those polled in 2015, 91 percent disapproved of trophy hunting, and by 2017, 78 percent favoured an all-out ban. The province was also determining how many bears could be sustainably hunted each year without monitoring the number of bears.

In 2012, CFN announced a ban on trophy hunting for bears across all of their territories, and Guardians enforced the Indigenous law, by patrolling known hunting hotspots and following-up on leads from concerned members of the public to verify compliance. 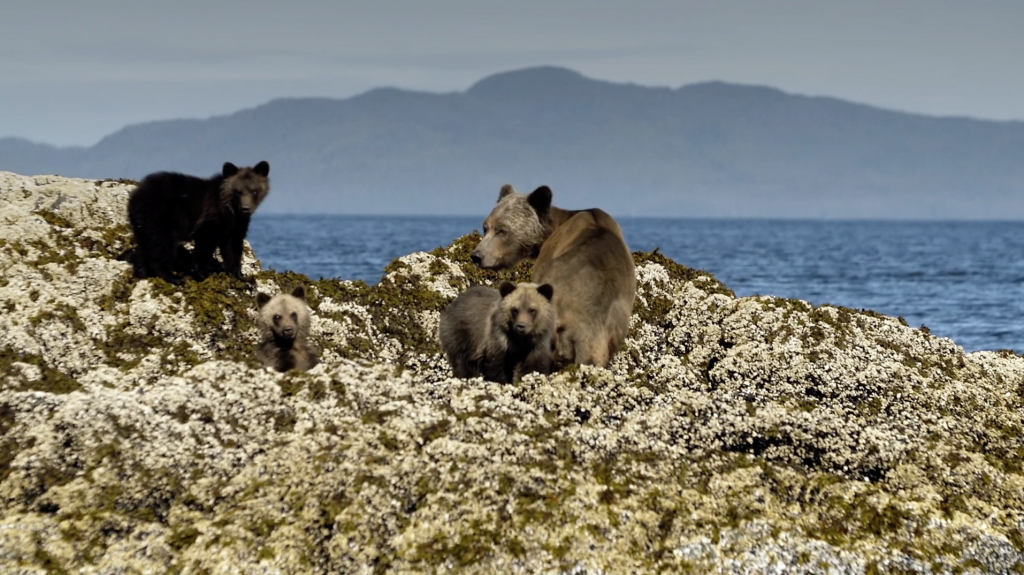 Guardians have been involved in various research that supports stewardship and informs evidenced-based policy related to stewarding bears:

“For thousands of years Indigenous people have been out monitoring resources to inform decisions…the Guardian program is one modern manifestation of those governance systems. It is really exciting, and the contributions are absolutely enormous.” – Chris Darimont, Professor at UVic, and scientist with the Raincoast Conservation Foundation