The Government of Canada and the Coastal First Nations are committed to working together to advance a more collaborative and efficient approach to the governance and management of fisheries resources. This commitment also aims to enhance economic opportunities to support the development of healthy, self-reliant and sustainable Coastal First Nations communities.

Today, on behalf of the Government of Canada, the Minister of Crown-Indigenous Relations and Northern Affairs, the Honourable Carolyn Bennett and the Minister of Fisheries, Oceans and the Canadian Coast Guard, the Honourable Dominic LeBlanc signed a Reconciliation Framework Agreement for Fisheries Resources with Chief Marilyn Slett, President of the Coastal First Nations, and six Chiefs from the north and central coast of British Columbia.

The Reconciliation Framework Agreement outlines the subject areas for nation-to-nation discussion and the process for Canada and the seven Coastal First Nations signatories to advance a more collaborative approach to the governance and management of fisheries resources and associated economic opportunities.

Canada and the Coastal First Nations signatories share the goals of developing and implementing effective nation-to-nation relationships in the planning, management, monitoring and maintenance of healthy fisheries resources within the North and Central Coast area, furthering predictability and stability in the management of fisheries resources, and enhancing the well-being of Coastal First Nations communities.

The Reconciliation Framework Agreement is an important step forward in the Government of Canada’s commitment to a renewed government-to-government relationship with Indigenous peoples based on recognition of rights, respect, co-operation, and partnership. 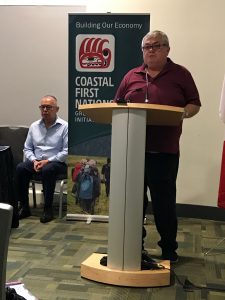 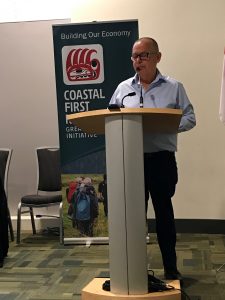 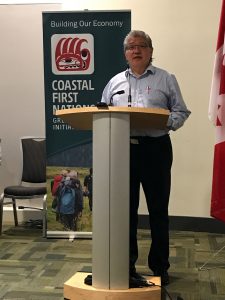 “This agreement is an important step towards building a new and better path for our work with Indigenous peoples in furthering economic opportunities. We’re working together, nation-to-nation, to plan for the long-term sustainability and use of fisheries resources while preserving ecological integrity, furthering economies and enhancing the well-being of coastal people.”

“Collaboration with Indigenous communities in Canada, such as the ones represented in this agreement, is critical to protecting Canada’s coasts and our ability to have economically viable fisheries while protecting our oceans for future generations.”

“The importance of the agreement will be the renewal of community-based and sustainable commercial fisheries on BC’s north and central coast. As well as creating opportunities in traditional fisheries, the emergence of sustainable aquaculture will lead to a healthy coastal economy. Species such as scallops, geoduck, oyster, clams and mussels all represent viable aquaculture opportunities for the Central and North Coast communities.“