Today, unfortunately, those seemingly endless shorelines also act like a magnet for reams of plastic garbage and other ocean debris that float in along the Pacific Ocean’s strong currents—an issue that affects all other coastal Nations as well.

Over the years, residents of Haida Gwaii have worked hard to collect and dispose of this constant influx of shoreline debris. But this year, Haida leaders are looking to gather together a broad range of participants for a massive island-wide clean up.

“We want to arrange a big clean up this Earth Day, on April 22,” says Ganaay Billy Yovanovich, Chief Councillor for the Skidegate Band Council. “But we also want to make sure that people do their part to clean up shorelines every day—it doesn’t just have to be Earth Day.”

The focus of the clean up will be plastics, styrofoam and other types of garbage, but it’s not limited to that, says Yovanovich. Essentially, it will be everything from filling garbage bags with plastic bottles and other small items right up to the big stuff that require trucks to carry out. “We’ve got substantial support from several different groups who will be involved,” he adds, “including local schools and law enforcement, Gwaii Haanas, Council of the Haida Nation, Old Massett Village Council and many more.”

Chief Yovanovich is hoping to make it a bit of a challenge for other communities throughout the North and Central Coast as well. “Let’s make this a collective effort to keep the shorelines clean in all coastal communities,” he says. 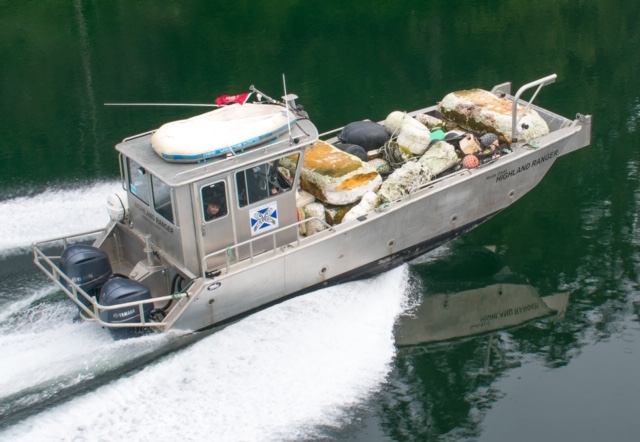