Not all fishermen have everything in common, but most can agree on a few shared values, and healthy marine ecosystems easily fall within that category. Gordon Moore grew up in a small fishing community on the California coast, and the only person close to him that’s more avid about fishing than he is, is his wife Betty.

Gordon and Betty Moore, who are now in their 90s and still enjoying more than 60 years of marriage, are co-founders of the Gordon and Betty Moore Foundation, one of Coastal First Nations’ (CFN) funders and long-time supporters. Meaghan Calcari Campbell, who has been working with the foundation for over 16 years and is Program Officer for its Marine Conservation Initiative, says it’s the Moore’s love for the oceans that led them to CFN.

“There’s a lot of special things about B.C. and the coast — from what the First Nations have achieved in land-use planning, their capacity, and the momentum for solutions,” said Calcari Campbell, during an interview as a part of CFN’s 20th anniversary celebration. “Gordon and Betty, and their children, are all lovers of the ocean, outdoor folks, they dive and snorkel, and they know what it is to see a place they love change in ways that aren’t good.”

With a growing concern for the health of the oceans, the Moores started their foundation in 2000. At the time, Gordon Moore, one of the co-founders of Intel, and his wife Betty, gave over half of their wealth. From that endowment, Calcari Campbell explained, there is an annual budget dedicated to grants.

The private foundation works all over the world in four big issue areas — environmental conservation, scientific discovery, healthcare, and the San Francisco Bay area (where they are based). “The vision they bestowed on the foundation and staff, is to create positive outcomes for future generations,” Calcari Campbell said, which didn’t and still doesn’t feel to her like a small task. But they’re not alone in their efforts.

As the foundation scoped different bioregions across the world to work with partners and communities to advance shared goals, their attention was drawn to the fights to protect wild salmon in the Pacific Northwest. The foundation supported work to conserve salmon ecosystems across the North Pacific Rim, from Russia to Alaska, with coastal BC as a central critical part of that geographic range.

“CFN was already there on the radar. This organization and the communities they work with, are the real deal,” Calcari Campbell said. “As we started to clarify what our goals were around healthy oceans and healthy communities, there was a lot of alignment with the Great Bear Initiative (GBI) and the nations’ visions.”

Under their “environmental conservation” umbrella, the Moore Foundation made a 10-year commitment to the British Columbia coast and launched grants to CFN back in 2005, which they revamped in 2015. The foundation supports marine-use planning, fisheries management, marine transportation issues, the Coastal Stewardship Network, and overall efforts to increase First Nations self-determination, Calcari Campbell explains.

“First Nations always had the knowledge and ability to manage their own resources, and that was stripped away through colonization,” Calcari Campbell says. But it’s a globally significant bioregion, one of the last intact temperate rainforests in the entire world. “I don’t think this can ever be overstated… the millennia-old connection that the communities have to place,” she continues. “And while I think each nation and member nation is on its individual journey and path around self-determination and governance, there’s still this value in folks coming together…folks are just stronger together.” 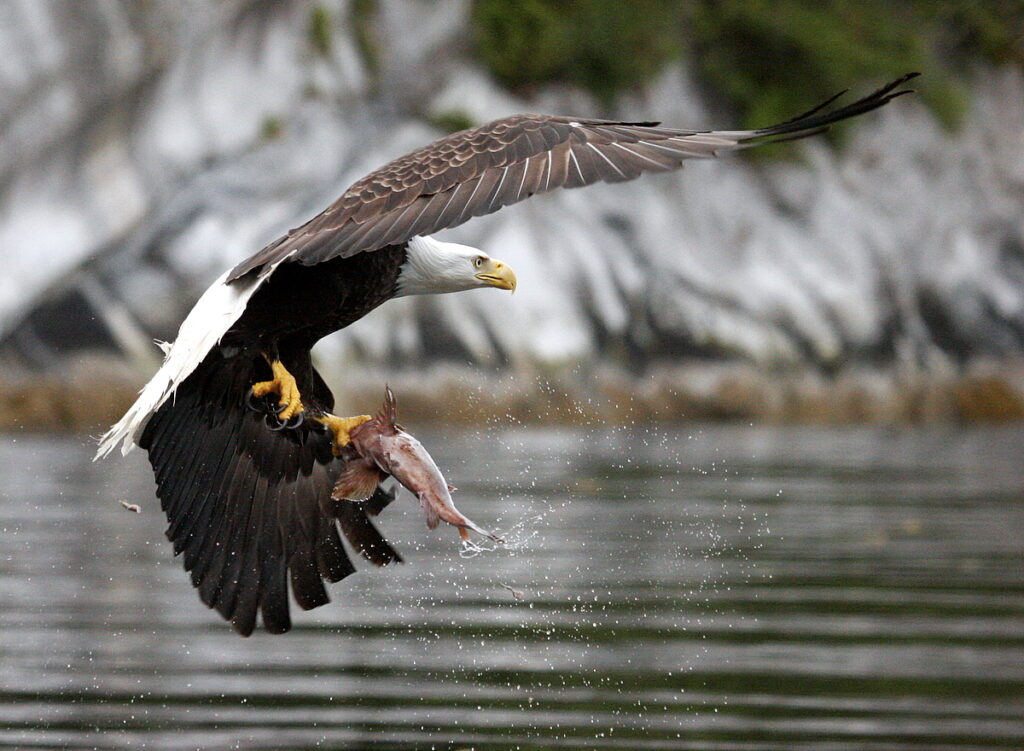 Through direct grants, the Gordon and Betty Moore Foundation has supported CFN communities to develop marine-use plans, which have been used at different negotiation tables with the provincial and federal governments. Supporting marine health is inextricable from community health, law and governance.

“We’ve supported work that nations have led around Indigenous laws and revitalization, and the application of those laws, whether it’s nations creating their own Oceans Act, or thinking about Indigenous Protected and Conserved Areas,” Calcari Campbell says. And while communities have led conservation across the coast with massive policy victories, like the Oil Tanker Moratorium Act, the Fisheries Act, and the Oceans Act, they continue to lead defense against unfettered shipping in coastal waters.

Communities are the first responders. “Communities need to plan for if a boat needs to be towed and is leaking fuel, where it should go, that there is adequate and available equipment, who’s involved in decision making, how is data being collected, and how people are getting compensated for this risky work.”

The Moore Foundation has played a small role in helping try to provide sustainable solutions to these questions, all of which have been put to the test through catastrophic spills, which have devastated community food harvesting areas. The decision to support First Nations marine-use planning has also been a “no-brainer,” she explains.

“Other levels of government are going to come and go, they have consistently come and gone, and the First Nations are there, holding that steadfast vision,” Calcari Campbell says. One of the most significant initiatives that the Moore Foundation applauds from CFN is the Coastal Guardian Watchmen and Coastal Stewardship Network, she adds.

“Coastal Guardian Watchmen are fundamental in everything,” Calcari Campbell says. “These are folks out there educating the public, de-escalating situations, and doing monitoring and compliance work.” Calcari Campbell is inspired by the guardians and how each community will continue to strengthen, develop and fine-tune their own guardian programs. Given what has been accomplished in these first 20 years, it makes thinking about the next 20 years even more exciting.

As a foundation who works internationally, the Moore Foundation has spotlighted the CFN alliance through panels at conferences across the world. “A lot of people have learned about the CFN member nations coming together. I’m not saying it’s easy, I don’t think any day is easy, because collaboration is hard and messy,” Calcari Campbell says. “But I’m always grateful for the nations to come back to that touchpoint of a shared vision, saying ‘this is who we are, this is what we want to do… that takes a lot.”

Working with CFN since the first Moore Foundation grant went out the door in 2005 has been a “privilege,” Calcari Campbell says. “On any one day, it’s hard to see shifts… but over 20 years, it’s incredible… to see what the nations have said they’re going to do, and they did. And lives are different as a result.”