For close to a decade, CFN member Nations and other First Nations have been working collaboratively with federal and provincial governments in long-term planning that aims to advance conservation, sustainable economic development and ecosystem-based management throughout the North Pacific Coast.

As part of their collective goals, planners have been engaged in an unprecedented effort to create a Marine Protected Areas (MPA) network that would protect the region’s ecosystems and abundant marine life—including salmon, eulachon, herring and other culturally important species—while ensuring a variety of resource uses and activities that sustain coastal livelihoods. 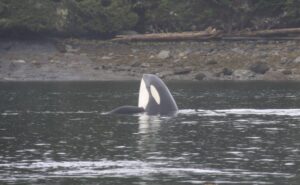 This innovative MPA network is unique in many important ways. It’s the first planning initiative of its kind to protect not only marine biological diversity, including some threatened and ecologically significant species and habitats, but also First Nations’ cultural conservation priorities as well. It’s also breaking new ground in terms of Indigenous co-governance, since the process has been co-led by First Nations from the beginning.

“This work will provide a model for other First Nations seeking to engage with governments in MPA planning,” says CFN Marine Program Manager Steve Diggon, who is also the MPA Network Technical Team Co-chair. “Recognition of First Nations co-governance rights is a key aspect of the planning process, with each Nation establishing an agreement with Canada and BC that provides a framework for managing all MPAs within their territory.”

Diggon says the MPA network aligns well with First Nations’ interests, since it’s being created through these strong co-governance arrangements that support Indigenous authority and responsibility to manage their own coastal territories.

“The technical work feeding into this process builds upon the best available science and deep engagement with those who live and work in the region,” says Diggon, adding that it could be a blueprint for future planning initiatives based on both Indigenous knowledge and leading-edge science. “It charts a new path forward by elevating both cultural and ecological values, and emphasizing the socio-economic values that are unique to the region.” 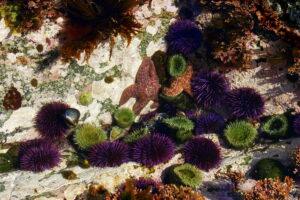 Integrated marine planning has been ongoing for several years, especially since the Marine Plan Partnership for the North Pacific Coast (MaPP) initiative began in 2011. The long-term collaboration involving the BC Government and 18 First Nations, including all CFN member Nations, has proven highly effective in balancing multiple objectives and planning for the sustainable use of marine resources within the Northern Shelf Bioregion—the term used to describe the coastal area from North Vancouver Island to the southern tip of Alaska.

The MPA network aims to preserve the ecological integrity and productivity of this vital marine region for present and future generations, which means protecting its ecosystems and marine life from ongoing threats, such as increased vessel traffic, expanded ports, extensive commercial and recreational fishing pressures, and climate change.

“The well-being of coastal communities depends fundamentally on the health of these ecosystems,” says Diggon. “This MPA network is not just about preserving biodiversity and threatened species; it’s also about protecting the economic, cultural and spiritual aspects that have always sustained First Nations here—from traditional fishing and food gathering to important cultural heritage and archaeological resources. It taps into a long-standing history of stewardship by First Nations that have been here for thousands of years.”

Watch the film below, which tells the story of CFN’s collaborative efforts to establish a network of MPAs along the North Pacific Coast.