As Coastal First Nations, we are working to keep our cultures vibrant, our coastal ecosystems healthy and our local economies strong.

Helping bears to thrive in our Traditional Territories is an important part of these efforts.

Bears Forever is a project of Coastal First Nations and the Central Coast First Nations Bear Working Group. It promotes research, monitoring and protection to keep bears healthy throughout the Great Bear Rainforest.

The Central Coast First Nations Bear Working Group brings together elected leaders, scientists, and stewardship personnel from four of our communities in the heart of the Great Bear Rainforest. These interlocking territories cover 45,000 square kilometres of prime coastal bear habitat.

By coordinating research methods for the first time, these Nations are working together to track and identify the same bears as they move from one territory to the next. ​​​​​​ 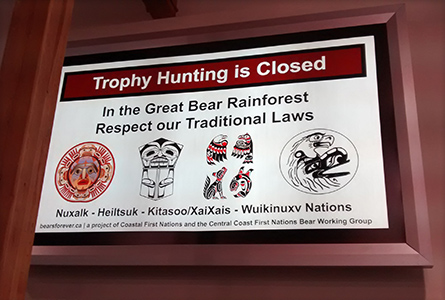