Vision
Protected and restored ecosystems in our lands and waters, managed sustainably by member First Nations, enabling traditional and modern economies, improving the quality of life of the people in our communities, giving rise to healthy First Nations.

Mission
Based on the inherent rights and leadership of member First Nations of Coastal First Nations, protect and conserve the environment and work in partnership with all levels of Government, NGO’s and others to create a new conservation-based economy within the respective Traditional Territories.

Mandate
CFN works to protect the terrestrial and marine environments and natural resources of its member Nations and to promote community self-sufficiency and sustainable economic development throughout North and Central Coast and Haida Gwaii.

Our communities are working together to build a strong, conservation-based economy that recognizes our Title and Rights, and protects our culture and ecosystems.

The Great Bear Initiative Society operates under the direction of a Board of Directors that approves an annual strategic plan for the organization. It has one representative from each of the nine member Nations.

The GBI Board of Directors meets at least three times a year to review progress and provide direction on activities. The Executive Committee meets regularly to review administrative issues and monitor project work.

The Vancouver office has a core staff of seven people who support the Board with: 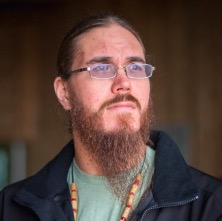 Elected President of the Haida Nation and a member of the Ts’aahl Eagle Clan, Gaagwiis has been involved in the governance of the Haida Nation since 2010. He has served the community as a manager, leader and educator, including managing Haida Heritage sites, visitor interactions, tourism infrastructure and planning related to Haida culture and language, and Indigenous tourism development on Haida Gwaii, the Northern BC region and provincially.

Gaagwiis was one of inaugural instructors of the Haida Gwaii Higher Education Society (Haida Gwaii Semester in Reconciliation Studies) and is a graduate of Royal Roads University with MA in Tourism Management. His Masters research project examined the landmark Gwaii Haanas Agreement as a demonstration of reconciliation in action. His research, which explored the effectiveness of the agreement at meeting employment and training objectives from a Haida community perspective, was recognized with a Governor Generals Gold Medal award in 2018.

During his time with the Council of the Haida Nation, Gaagwiis has served on SGaan Kinghlas/Bowie Seamount management board and as a member of the Archipelago Management Board of Gwaii Haanas National Park Reserve, National Marine Conservation Area Reserve, and Haida Heritage Site. 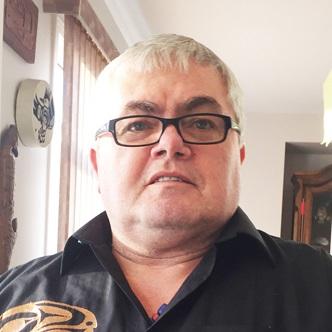 Chief Councillor Wii Hai Waas Arnold Clifton, Ganhada (Raven Clan), is a member of the Gitga’at Leadership Council, the leading governing body of the Gitga’at First Nation. Throughout his time in this leadership role, Arnold has represented has worked hard to represent hard the interests of all people within the Gitga’at community.

A highly successful commercial fisherman, Arnold brings a great deal of knowledge about the business side of the industry, and his contributions to negotiations and planning through the Fisheries Reconciliation table have been invaluable.

As a hereditary chief, Arnold inspires confidence in community members as they move towards economic self-sufficiency. Arnold’s strong work ethic and knowledge comes from teachings of Gitga’at leaders, chiefs, elders and knowledge holders. 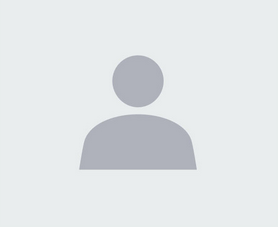 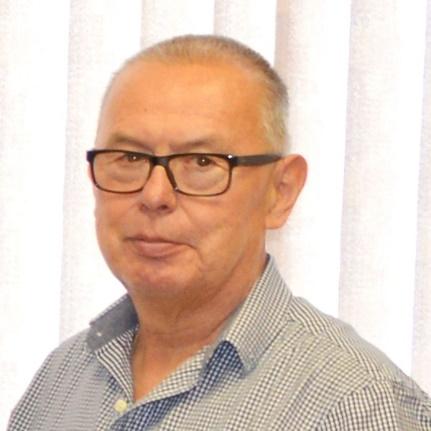 Chief Harold Leighton has served as the elected leader of the Metlakatla First Nation for more than three decades. Through his leadership and the vision of the councils he has worked with, Metlakatla has become a progressive Nation that is a recognized leader in the areas of stewardship, economic development and community well being, including the construction of a state-of-the-art health centre in the community and being at the forefront of cumulative effect impact analysis in Canada. Chief Leighton has made the social and economic wellness of Metlakatla members and the protection of the resources found in the traditional territory a priority in guiding councils of the past.

In addition to his work with the governing council, Chief Leighton is the CEO of the Metlakatla Development Corporation, president of the Metlakatla Stewardship Society and Chief Negotiator for the Metlakatla Treaty Office, which recently transitioned into final negotiations to return self-governance to the people of Metlakatla. 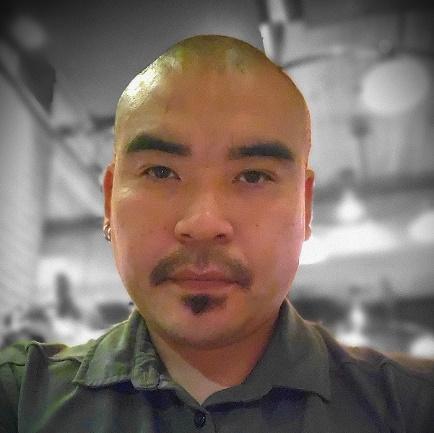 For more than two decades, Doug Neasloss has worked to protect wildlife and ecosystems in Kitasoo Xai’xais territory and throughout the Great Bear Rainforest. For 11 years, he has acted as both Chief Councillor and Stewardship Director for the Kitasoo Xai’xais Nation.

Doug played a central role in helping the Kitasoo Xai’xais Nation become a leading example of sustainable ecotourism, driven by the success of the Spirit Bear Lodge and a strong commitment to stewarding the region’s abundant cultural and natural resources. He shared the same commitment to cultural and environmental stewardship as a past representative with other organizations and planning bodies, including the Minister’s Wildlife Advisory Council, Nature United and Destination BC.

As a strong voice for protecting iconic bears in Kitasoo Xai’xais territory and across BC, Doug played a lead role in the successful effort to end trophy hunting in the Great Bear Rainforest and across BC. He remains the Executive Director for the Spirit Bear Research Foundation and Board member for the Grizzly Bear Foundation. 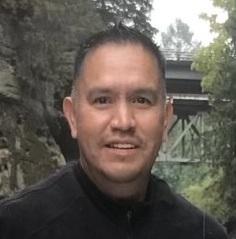 Elected Chief Councillor of the Nuxalk Nation, Tlhmtimut Samuel Schooner has served eight years as an elected Nuxalk council member and eight years as a director with the Central Coast Regional District, three of those as its Chair.

Samuel is a strong advocate for training in trades and participated in the Nuxalk Nation’s innovative on-site four-year carpentry training program with Camosun College and the Industry Training Authority. In 2020, 12 Nuxalk carpenters graduated from their four-year apprenticeships and many went on to complete their Red Seal Certification. The program has resulted in several new housing units built for community members, by community members.

During his first term as Chief Councillor, Samuel remains committed to building his Nation’s potential through sustainable economic development, community-based education and training, and upholding Nuxalk’s longstanding assertion of rights and title in their territory.

As Chief Councillor, Marilyn has worked tirelessly to protect Heiltsuk title and rights and the health of coastal ecosystems, since the Heiltsuk way of life depends fundamentally on the latter. She led the Nation through the catastrophic and ongoing effects of the Nathan E. Stewart tugboat spill in a culturally important harvesting area in Heiltsuk territory and participated in the Cohen Commission of Inquiry into the Decline of Sockeye Salmon in the Fraser River to protect sockeye salmon.

Marilyn was a strong voice in opposing the proposed Enbridge Northern Gateway Project, which was eventually quashed, and she played a lead role in ensuring the passage of the Oil Tanker Moratorium Act, legislation that now protects the North Pacific Coast from oil spills. 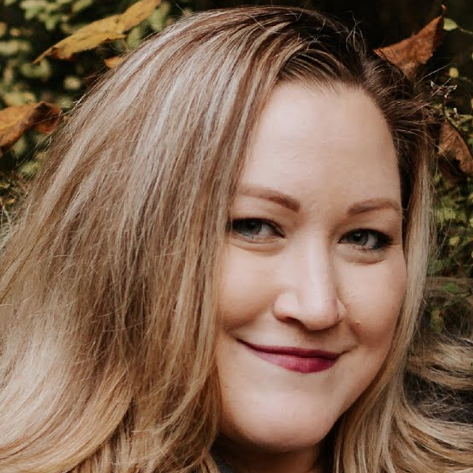 Chief Danielle Shaw was elected to lead the first all-woman council of the Wuikinuxv Nation in 2020. Before becoming Chief Councillor, Danielle worked toward self-governance and growth for the Nation in diverse ways, including her role as Wuikinuxv Stewardship Director until 2019. Danielle studied at the School of Business at Capilano University for business administration, and has applied those learnings to support her Nation in many areas, including treaty development, a traditional foods and Wuikinuxv Health Administration.

In 2020, Danielle was awarded the Murray A. Newman Award for Significant Achievement in Aquatic Conservation, which recognized her dedicated contributions to marine protected areas, integration frameworks reflecting Indigenous Ways of Knowing, sustainable policy and advocacy contributions, and leadership of the Wuikinuxv Nation. 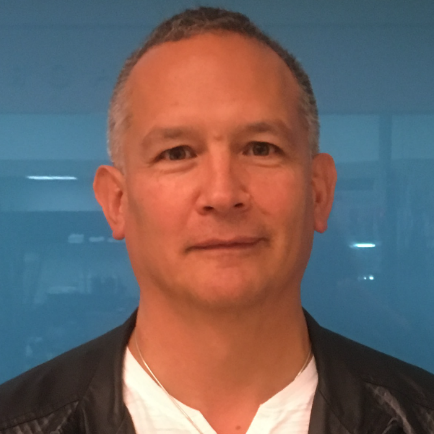 Born and raised on Haida Gwaii, Billy Yovanovich has remained committed to protecting and sustainably managing the region’s cultural and natural resources his entire life.

Billy has been a leading voice with the Skidegate Band Council for 12 years, first as an Elected Councillor and now as the current Chief Councillor, and he has shared his strong commitment for cultural and environmental stewardship as a Board member with Coastal First Nations for most of that time.

Since 2017, Billy has acted as a Director with the Gwaii Trust Society, which helps to manage a multi-million-dollar fund for the benefit of all people of Haida Gwaii. In his spare time, Billy is an avid fisherman.